FINANCIAL corporation Macquarie Group today announced the issue of a £2.0 billion loan facility (the Facility), including £500m in green tranches, for such actions as improving energy efficiency.

The Facility builds on Macquarie’s significant and longstanding commitment to green energy and technology as a fund manager, adviser, financier, participant in environmental markets and investor alongside clients.

Proceeds from the green tranches will contribute to eligible green projects that provide clear green benefits. The Facility will adopt the four pillars identified in the Green Loan Principles published in March 2018 by APLMA. Based on a similar blueprint to the Green Bond Principles, the pillars seek to establish best practice across use of proceeds; project evaluation and selection; management of proceeds; and reporting.

Macquarie is the first financial institution globally, and the first Australian company, to issue a green loan under APLMA Green Loan Principles.

Today’s issue demonstrates Macquarie’s continued leadership in green finance. In 2017 Macquarie acquired the UK’s Green Investment Bank (now Green Investment Group or GIG), further strengthening its own existing green finance activities. Macquarie has led more than £15 billion of investment in green infrastructure since 2010 and has supported the creation of 20GW of green energy capacity with a further 7GW in its pipeline. Macquarie is also the world’s number one global renewables adviser.

GIG has developed a market-leading, proprietary Green Impact Assessment service which determines the green impact of assets, a key feature of the development of green bonds, loans and related products.  By utilising the GIG green impact reporting methodology as the basis for future annual reporting on the loan facility, Macquarie will be positioned at the forefront of market practice on reporting, one of the Green Loan Principles’ four pillars.

Alex Harvey, Macquarie’s Chief Financial Officer said: “This transaction further demonstrates the leading global role Macquarie is playing in the growth of green finance and the development of new renewables capacity. The future utilisation of our Green Investment Group’s market-leading Green Impact Assessment approach is another example of the value delivered by our acquisition of GIG in 2017.”

Picture of Macquarie Group’s by Sardaka CC3.0 from Wikimedia Commons 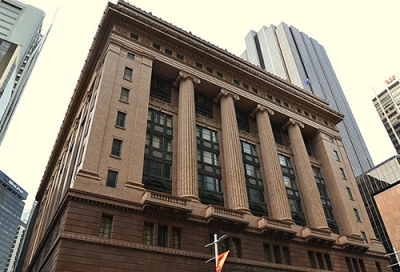