Our Future – The Crunch ‘Cop24’ Conference Starts On Sunday

AS global temperatures continue to rise, climate action is lagging and the window of opportunity is closing. On Sunday, the United Nations will kick off critical negotiations on how to address the problem collectively and urgently – energy efficiency has a significant impact on climate change.

During the two-week climate change conference in Katowice, Poland, known as “COP 24” thousands of world leaders, experts, activists, creative thinkers, and private sector and local community representatives will gather to work on a collective action plan to realize critical commitments made by all the countries of the world in Paris, three years ago.

According to scientific research assessed by the IPCC, keeping global warming to no more than 1.5°C global average over pre-industrial levels, will help stave off devastating permanent damage to the planet and its people, including: the irreversible loss of habitat for animals in the Arctic and Antarctic; much more frequent instances of deadly extreme heat; water scarcity that could affect over 300 million people; the disappearance of coral reefs which are essential for entire communities and marine life; sea level rise which is threatening the future and economy of entire small island nations, etc.

All in all, the UN estimates that 420 million fewer people could be affected by climate change if we manage to stick to a 1.5°C increase, instead of 2°C.

We are still far from turning the corner toward a carbon-neutral future, and the need to move forward is greater than ever. The data tells us it is still possible to limit climate change to 1.5°C, but the window of opportunity is closing and it will require unprecedented changes in all aspects of society.

This year’s COP in Katowice, Poland, is particularly crucial because 2018 is the deadline that the signatories of the Paris Agreement agreed upon in order to adopt a work programme for the implementation of the Paris commitments. This requires the singular most important ingredient: trust between all countries.

Among the many elements that need to be ironed out is the financing of climate action worldwide. Because the clock is ticking on climate change, the world cannot afford to waste more time: we must collectively agree on a bold, decisive, ambitious and accountable way forward.

What Evidence Will Be Used?

The discussions will be based on scientific evidence gathered over the years and assessed by experts. Namely and primarily the following reports:

– 2018 Bulletin on greenhouse gas concentrations, by the WMO.

– 2018 Ozone Depletion Assessment, by the WMO and UNEP.

Cop24 will be vital to improvin g the efforts to reduce glabl warming, with energy efficiency foremost on many minds in combatting this treat to our futures. 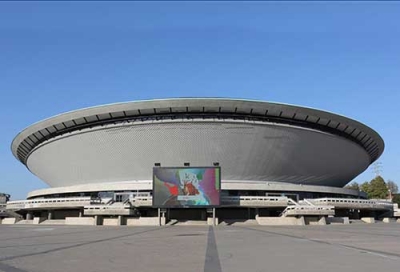