THE Petroleum Corporation of Jamaica (PCJ) and the Global Environment Facility (GEF) Trust Fund are jointly investing in energy-efficient and renewable energy interventions in six local institutions at a cost of US$2.1 million.

They are the May Pen, Black River, Savanna-la-Mar, National Chest and Bellevue hospitals, and the Sir John Golding Rehabilitation Centre.

“They will receive solar water heaters and energy efficiency retrofits to reduce their collective electricity demand by over 1.3 million kilowatt hours each year, which translates to savings of at least $41 million per annum,” Minister of Science, Energy and Technology, Dr the Hon. Andrew Wheatley, said.

Meanwhile, for the 2018/19 fiscal year, the Government will continue energy-efficiency interventions in the public sector, including the Post and Telecommunications Department.

“The intervention will also be made at three operational locations of the Jamaica Constabulary Force – the May Pen Headquarters, the National Police College at Twickenham Park and the Mobile Reserve Unit on Deanery Road,” Dr Wheatley said.

He noted that a total of US$25 million will be invested to generate annual savings of 23,624-kilowatt hours. 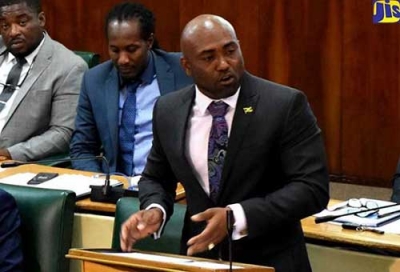