VELIKO Gradište in northeast Serbia is home to around 17,000 people. An almost equal number of people from this small municipality live abroad, mainly in Austria and Italy, where they have moved in search of better jobs. So reports the European Bank for Reconstruction and Development.

Bojana Gajic writes that the key business sectors in Veliko Gradište are tourism and fishery. The place is lively during the summer season when many tourists and emigrants visit nearby Silver Lake. In winter it is rather quiet.

But Veliko Gradište has recently pushed through one notable change. By refurbishing its street lighting system, it has achieved greater energy efficiency and major cost savings.

“One of the main challenges for small municipalities like ours is a small budget”, explains Aleksandar Ignjatijević, the municipality’s Energy Manager. “Compared to other nearby municipalities with stronger industries and higher population numbers, our budget for development and investments is limited”.

So the realisation that Veliko Gradište could make significant savings in electricity spending through refurbishing its street lighting system was very welcome.

An application to the EBRD’s Regional Energy Efficiency Programme was successful and the municipality installed new street lights last summer with support from a contractor selected through a public tender.

The contractor and the municipality entered into a Public Private Partnership (PPP), which allowed the project to be delivered without upfront costs and with the support of an experienced investor.

“The benefits of this project are multiple,” Mr Ignjatijević says. “Costs [that are] three and a half times lower, a better quality of street lighting, a system that is more reliable and efficient, the financing of the project through savings and, finally, happy citizens”.

Ordinary people have noticed a difference as well. “The new street lights are really good; we can see much better and they are very useful, especially in winter months”, explains Žarko Živanović, a pensioner.

The Regional Energy Efficiency Programme supports Western Balkan countries to improve their energy efficiency and move closer to EU standards. The EBRD programme, funded by the European Union and implemented in cooperation with the Energy Community Secretariat, provides policy dialogue and financing through either credit lines or the direct financing of municipalities.

Street lighting projects in Serbia will be rolled out in over 30 municipalities, mainly through PPP models, a new experience for most of them.

The Western Balkans is still heavily dependent on ageing coal-fired thermal power plants and suffers from high levels of pollution. Carbon intensity per GDP in Kosovo, Bosnia and Herzegovina and Serbia is more than six times higher than the EU average and Skopje has been described as the most polluted capital in Europe by the World Health Organization (WHO).

This has an impact on local health systems as well. According to the WHO, the number of deaths caused by air pollution in Europe is highest in the Western Balkans and eastern Europe.

Violeta Kogalniceanu, Head of the Infrastructure and Energy Efficiency Unit of the Energy Community Secretariat, is convinced of the need to improve energy efficiency in the region.

“Multiple benefits that energy efficiency improvements could bring are obvious: lower energy bills, lower CO2 emissions, better heating and lighting in schools, hospitals, homes, job and wealth creation. The countries in the Western Balkans should now use the opportunity offered by this unique programme and invest in energy efficiency, gaining all these benefits,” she says.

The EU is one of the biggest supporters of improving energy efficiency in the Balkans.

“Through its membership of the Energy Community, Serbia has already committed to adopting EU Energy Efficiency rules and standards.  The EU, international financial institutions, and other donors have all made substantial contributions to making dedicated energy efficiency finance available and affordable to people in Serbia,” states Sem Fabrizi, Ambassador of the European Union to Serbia.

From 2007 to 2016 the EU pledged more than €152 million of grant funding to support energy efficiency investment worth more than €760 million in accession countries.

These investments will help achieve emission savings of 1 million tonnes CO2 per year in the region. This is the equivalent of more than a year’s worth of car fleet emissions in Montenegro. 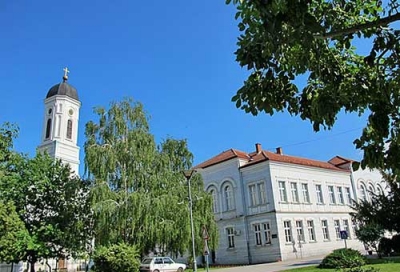 THE UK cities of Plymouth, Bristol and the county of Devon will receive £1.9 million to develop energy efficiency, sustainability, and clean energy projects. The €1.9 million grant is from…