Freezing in the tropics – Costs More Than Money

SOUTHEAST Asia is facing a growing cooling crisis, with more and more people turn up inefficient air-conditioning to deal with increased temperatures and worsening air.

According to new research released last week this increase in cooling demand is from people who remain unaware of the threat that inefficient cooling technologies pose to national development and the environment, finds the new white paper: Freezing in the tropics: Asean’s air-con conundrum, commissioned by the Kigali Cooling Efficiency Program (K-CEP) and produced by Eco-Business (download here).

The study explores the attitudes and awareness surrounding air-conditioning and its implications for sustainable development in Southeast Asia.

Cooling is key to human health and prosperity, and is increasingly important as the world experiences rapid urbanisation, economic growth and rising temperatures.

At the same time, the International Energy Agency (IEA) estimates that improving energy efficiency could provide almost 40% of the emissions reductions needed to stay within the 2-degree Celsius ceiling for staving off the worst effects of climate change.

The white paper finds that cooling technologies such as refrigeration and air-conditioning could account for 40% of Southeast Asia’s electricity demand by 2040. This would generate significant amount of climate-change causing carbon emissions if left unchecked, particularly in Southeast Asia where coal is a major source of energy.

If Asean countries switched to energy efficient products for cooling, they can reduce electricity consumption by 100 TWH at a saving of $12 billion annually. This is the equivalent to the annual production of 50 coal power plants.

Yet respondents in the region who took part in a survey for the white paper showed limited understanding of the impact of air-conditioning on the environment. Almost half of the respondents voted for “increasing the development of solar plants” as the most important way to reduce greenhouse gas emissions in the region, rather than increasing the efficiency of air-conditioning units.

The paper also revealed that the general public has little awareness of the refrigerants used in air-conditioners and the impact it has on the environment.

The paper also includes a case study on Indonesia, which has the third highest use of air-conditioning in Asia after China and India. Despite the high proliferation of air-conditioners in the country, there is   little understanding of the benefits of energy efficient and sustainable cooling  among the public, and the government also takes a relatively hands-off approach to campaigns promoting energy efficient products.

Tim Hill, Research Director for Eco-Business, who led the research behind the white paper, commented: “The survey found that Asean citizens are largely unaware of the hazards of increasing demands for air-conditioning, which is only set to grow in tandem with economic development. However, the comments among Asean citizens surveyed exposed common areas where governments could better legislate, such as reducing excessive cooling of public buildings and ensuring energy efficient appliances are sold in retail spaces.” 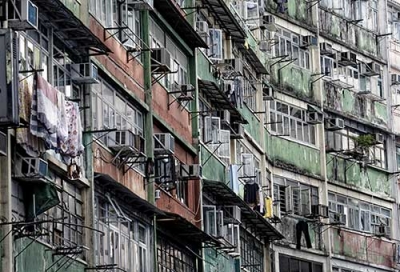