On energy efficiency, MEPs supported a 40% binding overall target for 2030, with binding national targets, as well as strong rules on annual energy savings.

Arianna Vitali, Senior Policy Officer for energy conservation, WWF European Policy Office said: “Three cheers for MEPs on the ITRE committee! They rejected an attempt to paralyse energy efficiency, instead choosing to boost it via a major dose of forward-looking policy – including a 40% binding target. This puts efficiency right where it belongs, at the centre of the zero carbon transition the Paris Agreement requires.

“MEPs need to reaffirm this position in plenary, so that the EU Parliament can go into trilogue negotiations with its head held high.”

On renewable energy, ITRE supported a 35% EU target for  2030, but with no binding national targets and with up to 10% ‘flexibility’.

Alex Mason, Senior Policy Officer, Renewable Energy, WWF European Policy Office, said: “MEPs have gone with a toothless proposal. A 35% EU target for renewable energy is better than the European Commission’s proposal of 27% – but not by much. And with a 10% ‘flexibility’ margin it could end up being only 31.5%. This sends a message to investors that the EU is scaling back on renewable energy.

“In heat, and transport, MEPs have voted for new, higher renewables targets. Which would be great, but with no meaningful rules on bioenergy they’re likely to be met by burning unsustainable and polluting biomass – a recipe for disaster. For most heat and transport the answer is electrification, combined with storage, demand-side flexibility and energy from wind and solar.” 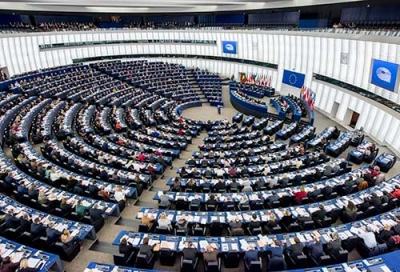