THE Millennium Development Authority (MiDA), Ghana, is set to roll out various programmes under its Energy Efficiency and Demand Side Management (EEDSM) project, all aimed at ensuring energy efficiency and conservation, writes Lydia Kukua Asamoah of the Ghana News Agency.

The EEDSM Project, a component under the Ghana Power Compact, also known as Compact II, had been designed to directly support Ghana’s sector strategic objectives to achieve power supply sufficiency, including exports to neighbouring countries.

The activities expected to be completed within the five-year lifespan of the whole Compact II project was to help Ghana cut wastage and save more than 30 to 70% of energy consumption within the period.

The five-year Compact II is designed to create a self-sustaining energy sector in Ghana by reforming laws and regulations needed to transform the country’s power sector.

The Compact II projects and initiatives seek to address the constraints to the supply of adequate and reliable power, while the EEDSM project would significantly reduce peak demand, ensure adequate supply for all and reduce investments in expensive additional generation facilities.

The EEDSM, one of the six projects making up the Compact II, is expected to implement several policy initiatives and programmes that would ensure energy efficiency and conservation among Ghanaians.

During a media briefing on Thursday in Accra, Mr Sylvester Ayayee, Project Manager of EEDSM at MiDA, said a total amount of 25.4 million dollars was being allocated to undertake the various activities and initiatives under the EEDSM project.

He said the activities had been grouped into four, namely, Development and Enforcement of Standards and Labels activity, Improved Energy Auditing activity, Education and Public Information activity as well as the Demand Side Management Infrastructure.

He noted that under the development and enforcement of standards, MiDA was collaborating with other regulatory bodies including the Energy Commission, Ghana, and the Ghana Standards Authority (GSA), to revise and develop new standards for 20 energy consuming products and appliances that included Air Conditioners, Television sets, other electronic gadgets, and Solar products as well .

He said an AC testing facility was being built at the GSA to enable such appliances to be re-tested in Ghana when they are brought into the country, thereby enforcing the law, saying, at the moment such appliances were being tested only in abroad.

Mr Ayayee noted that there would also be a field metering and monitoring studies to collect a baseline data of energy appliances in 1,000 households within the country to know their energy uses to inform government policies and programmes.

Under the Energy Auditing activity, three Energy auditing centres would be established on the campuses of three tertiary institutions, where the capacities of energy auditors of public facilities would be built to enable them properly monitor and managed energy levels of State facilities to prevent wastage.

There is also a component of retrofitting and renewables, which would involve six public institutions, namely, Korle-Bu Teaching Hospital, Adabraka Polyclinic, University of Ghana, Department of Urban Roads, and Ministries of Health and Education.

Some of the buildings of these state institutions would have their lighting systems, refrigeration and air conditioners changed and installed with solar rooftops.

Mr Ayayee said the education and public information activity would include the introduction of energy efficiency and conservation in the school curriculum of pre-tertiary schools to help inculcate behavioural and attitudinal change in pupils and students.

There would also be a direct public education on the new regulations and standards governing the use of electrical appliances and gadgets, for people to appreciate the need to use energy efficiency gadgets.

On the Demand Side Management Infrastructure, Mr Ayayee said that would involve streetlight replacement activity, on all the ceremonial roads within the Accra East and West where the light would be replaced with LED lighting system that would be long-lasting.

Ms Pamela Djamson-Tettey, Director of Communications and Outreach, MiDA, said the 25.4 million dollar EEDSM funding was from the first Tranche of 300 million dollars fund under the Compact II for Ghana, which totalled 498.2 million dollars support in all, for different project activities.

She urged all Ghanaians to patronise energy saving gadgets to save money and to protect the national grid.

The Ghana Power Compact is expected to support improved management of the country’s entire power system, providing a more robust framework for private investment as well as a more competitive process for the procurement of power from independent producers.

It will address challenges in distribution, generation and access to energy in Ghana, which is investing 37.4 million dollars of its own funds in the initiative making the compact a total investment of up to 535.6 million dollars. 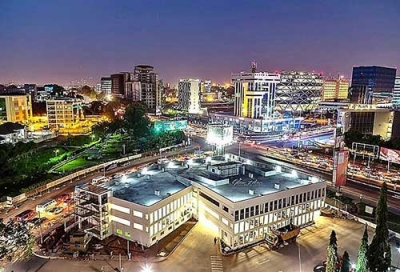