DISTINGUISHED American energy expert Amory Lovins yesterday published what may be the most important findings for climate change since Lord Nicholas Stern published “The Economics of Climate Change” in 2007.

Current climate change thinking argues that the world has to use energy at least 3% more productively each year in order to stay below 2 degrees. Amory Lovins argues that the world’s ability to sustain such rapid savings (slightly above the 2015 peak of 2.8%/y) is far greater—and can prove even more profitable—than had been thought.

In the paper, titled “How Big Is the Energy Efficiency Resource?”, Lovins shows that the potential for energy efficiency has been massively understated and its cost overstated, by analyzing not whole buildings, vehicles, and factories, but only their individual parts, thus missing valuable ways to help the parts work together to save more energy at lower cost. Lovins shows a pathway to staying well below 2 degrees is more achievable that any current climate scenarios assume or suggest.

“In the same way that no one expected the cost of solar and wind to plummet, driving faster adoption that cuts their cost further,” Lovins explained, “we have overlooked the ability of modern energy efficiency to do the same thing.”

The paper cites strong empirical evidence that the scope for energy efficiency is actually severalfold larger and cheaper than had previously been thought. Unlike renewable energy, whose cost has plunged in the past decade, energy efficiency had been assumed to cost more as the cheapest methods are exhausted. This widespread assumption, based on economic theory not engineering practice, was overturned by an Editorial published today in the respected peer-reviewed journal Environmental Research Letters.

Documenting practical examples from buildings, vehicles, and industry, the report shows that several times more energy can be saved, often at much lower cost, than climate models assume, governments assess and reward, or industry expects and adopts. To achieve the full potential for saving energy, emissions, and money, the paper highlights the importance of “integrative design” as a key to unlocking unprecedented energy efficiency gains.

“Integrative design makes bigger savings cost less because it doesn’t add stuff; it leaves stuff out,” said Lovins. “It designs energy-using systems not as isolated components but as a whole, so the parts work together to create bigger savings than the sum of the parts.”

Lovins also argues that energy savings (about two-thirds from technologies) is currently doing three times more each year than renewables do.

“Both are vital; both reinforce each other; but It is the sum of both parts that matters for climate. Renewables, however, get nearly all the headlines, because unused energy is invisible,” said Lovins. 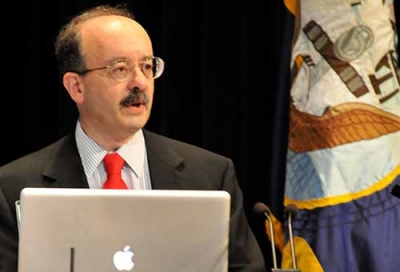