CANADA is committed to working with provinces and territories to grow the economy while meeting climate commitments and creating jobs in communities across the country.

The Honourable Ginette Petipas-Taylor, Minister of Health, and Serge Rouselle, Minister of Environment and Local Government from the Government of New Brunswick, announced the province will receive nearly $51 million through the Low Carbon Economy Leadership Fund for programs that help New Brunswickers save money and energy, while supporting the province’s climate objectives.

The funding is a component of the Low Carbon Economy Fund, designed to spur clean growth and cut carbon pollution while promoting innovative climate solutions. Up to $234 million will be invested in energy efficiency by the Government of Canada, the Government of New Brunswick, and NB Power over the next five years.

The Low Carbon Economy Leadership Fund will be used to help save costs for New Brunswickers through energy efficiency programming for households, businesses, and industry.

In addition to New Brunswick, the Government of Canada have also announced news regarding the Low Carbon Economy Leadership Fund with the Provinces of British Columbia, Alberta, Ontario, Québec and Nova Scotia. 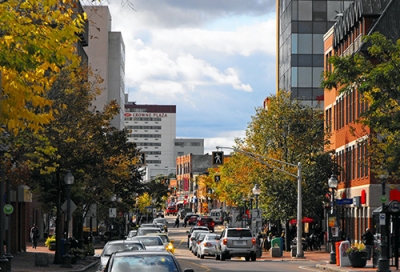